Guiding Bard’s Sustainable and Equitable Food Initiatives
BardEATS (Education, Advocacy, Transparency, and Sustainability) is a collaborative partnership among Bard students, dining services, faculty, and staff committed to making our food systems on campus more sustainable and equitable, elements which BardEATS believes to be intrinsically interconnected. Through programs, advocacy, and education, BardEATS aims to increase food purchasing transparency, reduce waste, decrease the College’s carbon footprint, promote food access and security on campus and in the community, support local farms and sustainable products, shifting financial resources to support BIPOC-owned farms and producers, and advocate for racial equity. BardEATS is committed to working institutionally for the needs and desires of our student body and throughout our region for the broader needs of communities.

In 2008, Bard College committed to purchasing sustainable food and supporting local producers and farmers. This commitment began as a relationship between Bard’s dining services and Old Saw Mill Farms, which brought local Hudson Valley stone fruits, produce, and proteins to campus. In 2009, Bard created another local relationship with the dairy cooperative Hudson Valley Fresh. Also that year, Bard removed its trays from the dining hall to save water, food waste, and energy. From 2009 to 2010, campus local produce purchases increased by 30 percent. In 2010, Bard’s dining services introduced 100 percent compostable disposable wares and added locally produced juices and ciders to the on-campus grocery store, the Green Onion Grocer. In 2010, the Bard Community Garden expanded to hire John-Paul Sliva, who would go on to become director of the Bard Farm.

In 2012, the College’s president, Leon Botstein, agreed to donate $40,000 dollars from the school’s funds to create a farm on campus if students could raise $25,000 for the project in three weeks. Carter Vanderbilt ’15 organized a Kickstarter campaign to fund the Bard Farm and the goal was successfully reached. Later that year, the 1.25-acre Bard Farm broke ground under the leadership of Paul Marienthal, farm director, and John-Paul Sliva, farm coordinator. The first year yielded 6,045 pounds of local, fresh, organically grown veggies that were served to the Bard Community. The farm is currently operated by student labor and sells its yields directly to Bard Dining Services.

In March 2013, President Leon Botstein signed the Real Food Challenge Commitment, pledging to dedicate 20 percent of purchasing to “real food” (food that is local/community-based, fair, ecologically sound, or humane as defined by the Real Food Challenge criteria) by 2020. In spring 2015, Bard reached an average of 21 percent purchasing of Real Food, beating the goal five years early, and by 2019 Bard reached 27 percent Real Food. BardEATS also started in 2013 by a student named Amelia Goldstein.

In 2020, COVID-19 did not stop BardEATS from creating programs and continuing to reach sustainability and equity goals. Bard gained a new dining service, Parkhurst Dining, which has worked with BardEATS since day one to provide sustainable and local food to students, facilitate pre-consumer and post-consumer composting in dining locations, and work to find new local and/or BIPOC producers for Bard to buy from. BardEATS celebrated another year of Campus Crunch where local apples were enjoyed, as well as creating a new Family Food Share program where students who were not able to go home for break due to the pandemic could find meals in Kline that reminded them of home and partnering with Wellness at Bard and Parkhurst to increase food security for students over winter break.

BardEATS ended 2020 thinking about ways to do better and be better as students, faculty, employees, friends, and coworkers. In 2021 BardEATS committed to an anti-racism initiative where future and current programming would be focused on showing how interconnected sustainability work and anti-racism work is.

In 2021 BardEATS held a monthly anti-racism working group where students, faculty, and staff could come together to do the deep personal work of anti-racism work. BardEATS as well as Parkhurst Dining were able to join an Uprooting Racism Workshop with Soul Fire Farm to do more unlearning and relearning work. In Fall 2020 and Spring 2021 we raised $3,000 for the Kingston Land Trust, Land in Black Hands Fundraiser, to support Black land ownership in the Hudson Valley. BardEATS also held its first Earth Week Lecture Series in April of 2021, where food and racial justice organizers presented and led discussions for the Bard community. These speakers were Kenny Perkins from Seedshed, K Greene from the Hudson Valley Seed Company, Shaniqua Bowden from the Kingston Land Trust, Heather Bruegl from the Forge project, Nfamara Badjie from Ever-Growing Family Farm, and Alexander Wright from Blegacy Farm.

In Spring 2021, BardEATS was able to onboard a Black Woman Owned Nut Milk Vendor, Edenesque, to use our purchasing power to support BIPOC farms and distributors. Then in Fall of 2021 BardEATS started its Im/migrant and Farm Labor Rights Initiative. As a part of this initiative we got the opportunity to host Migrant Justice from Vermont as part of their Milk with Dignity Tour to support their work in protecting the rights of migrant farm laborers.

For Spring 2022, BardEATS plans on continuing to learn and relearn about the ways in which our food system often harms people and the planet. We also hope to have our second Earth Week Lecture Series focused on supporting and uplifting the work of im/migrant justice and farm labor rights organizations.

BardEATS works with the student body, the Office of Sustainability, and our on-campus food provider to create more equitable, sustainable, and supportive food systems on Bard Campus.

About Our Antiracism and Food Sovereignty Initiative

BardEATS has committed to unlearning, relearning, and tackling inequities within our food systems on campus and beyond. In 2020-2021, we joined forces with other teams around campus to help strengthen this work.

About Our Im/migrant Justice and Farm Worker Rights Initiative

BardEATS will continue to tackle inequities in our food systems on campus and in our local communities by educating ourselves and advocating for im/migrant justice and farm worker rights. In 2021-2022, we will provide resources and opportunities for our community to engage, educate, advocate and amplify the work of regional and national organizations that are fighting for basic worker rights and protections. 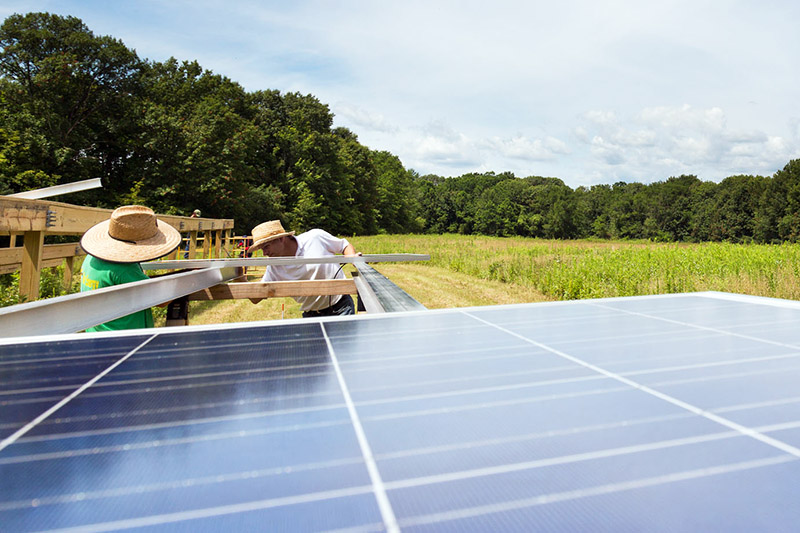 BOS works to enhance the sustainability of the College in its operations, academics, and outreach. 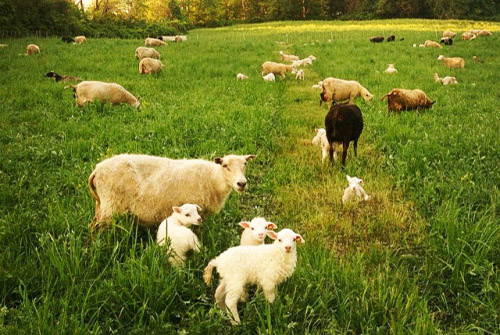 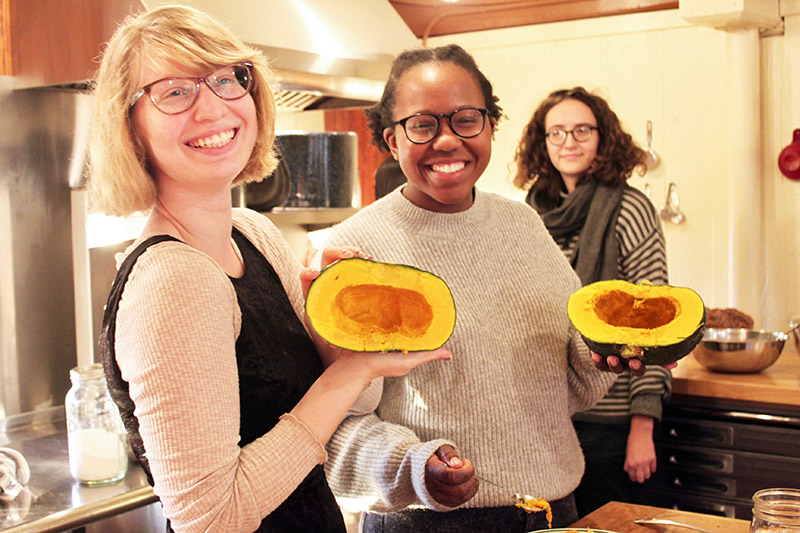 BardEATS has been so effective that Bard met its pledge to purchase 20 percent “Real Food” (local/community based, fair, ecologically sound, and humane as defined by the Real Food Challenge) five years ahead of schedule, and recently upped its pledge to 25 percent by 2020. How did Bard Dining reach this goal? By supporting local Hudson Valley farms and business, including Bread Alone, Hudson Valley Fresh, Winter Sun Farms, Feather Ridge, and Wild Hive, among many others. 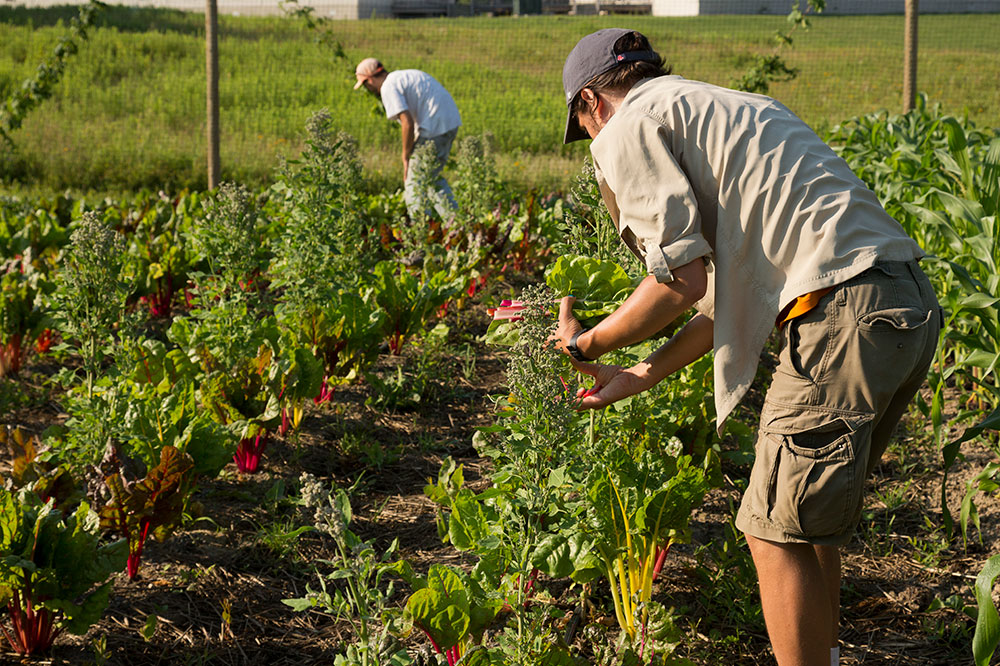 Sustainability work is anti-racism work. BardEATS is focused on the necessary statement that Black Lives Matter. We recognize that the goals we have, to eliminate food apartheid and increase access to healthy, local food, are not goals that can be achieved equally amidst systemic racism. We believe that all those working to promote just food systems must be an active part of anti-racism work.

Sustainability is im/migrant justice and farmworkers’ rights work. BardEATS aims to look deeper at how im/migrant farm laborers are harmed by the way our food systems operate. Our food systems rely on exploited non-citizen workers (undocumented or guest) who are guaranteed very few rights. Therefore, we aim to provide resources and opportunities for the Bard community to engage, educate, advocate and amplify the work of regional and national organizations that are fighting for basic farm workers rights and protections.

The interconnectedness of anti-racism, im/migrant justice, farmworkers’ rights, and sustainability is important to acknowledge as much of our food, agriculture, and food systems have come from People of Color in the United States. This country was built on the backs of Black slaves and Latinx immigrants using stolen Indigenous land, and the food we eat has effects of continuous exploitation of these same people.

BardEATS has historically focused on food access, waste reduction, and quality of food in our advocacy, education, and transparency initiatives. Yet we have failed in the past to put adequate emphasis on land rights, labor, and race.

BardEATS is committed to racial justice in food systems work and beyond. We will: 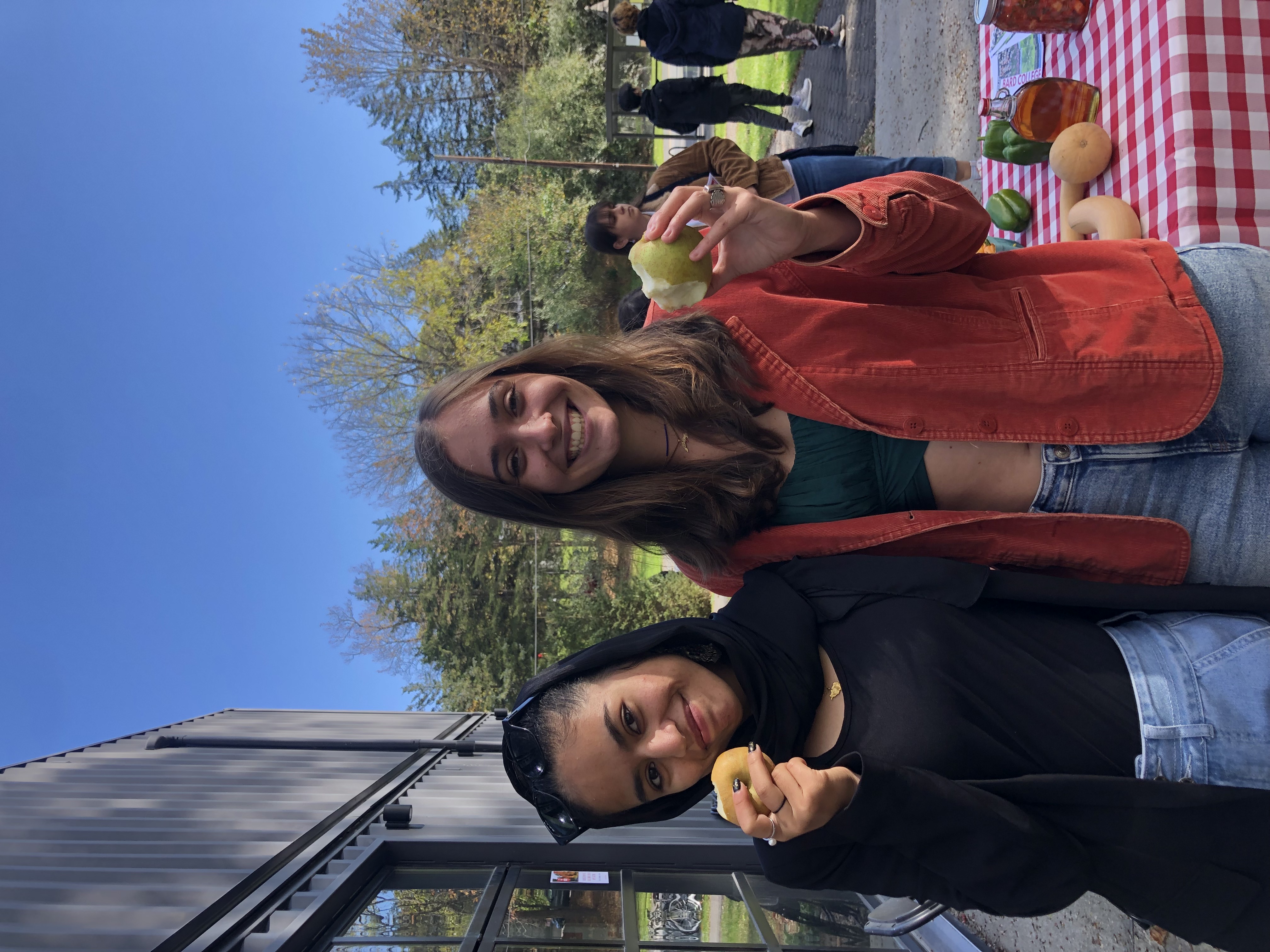 If you’re interested in sustainability, farming, reducing waste, supporting local farms, food systems, or all of the above you’ve come to the right place. We care deeply about exploring these topics, and finding ways to engage with them. 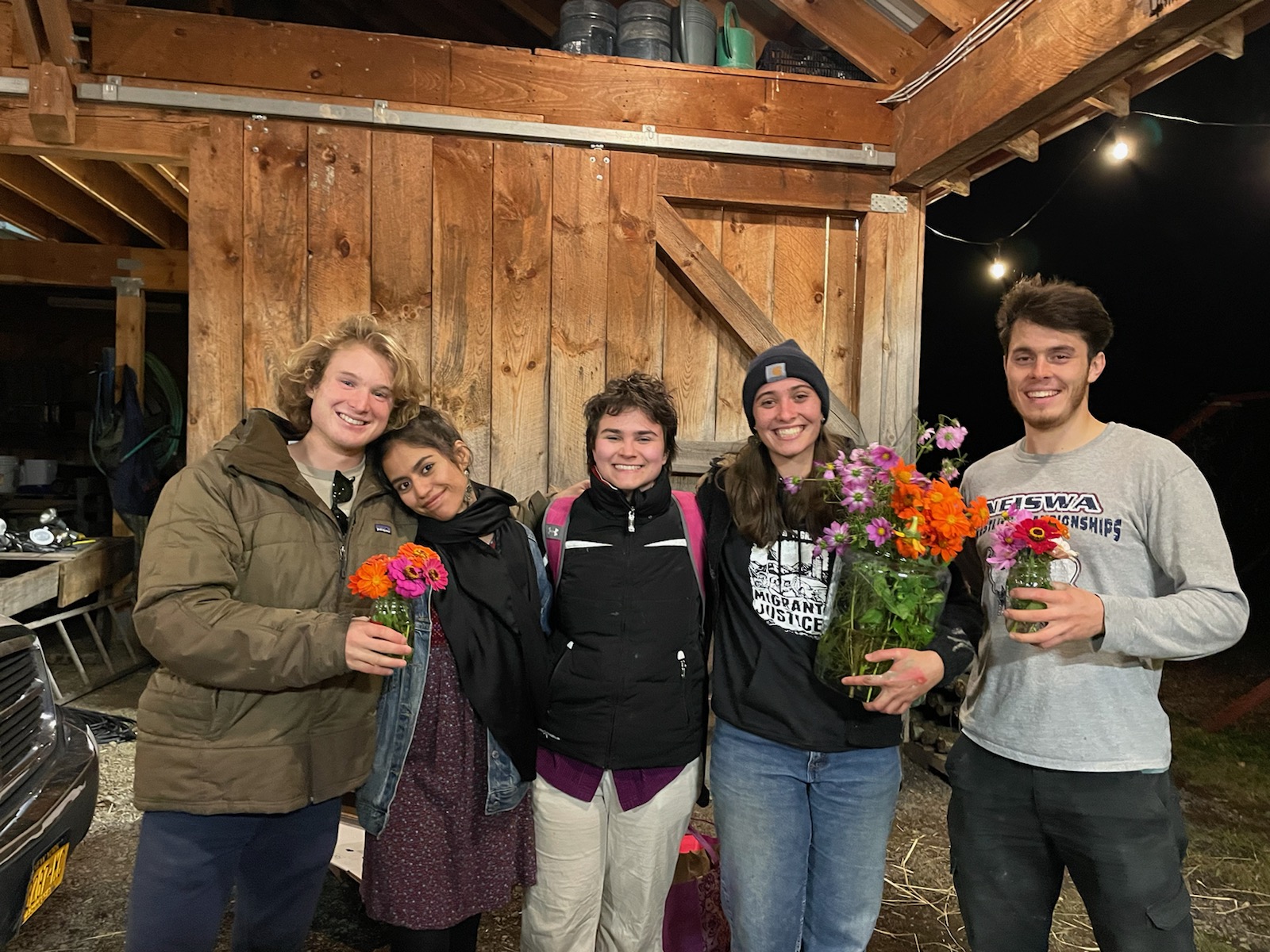 BardEATS operates a variety of mission-based programs that focus on equitable & sustainable sourcing, education, advocacy, and accountability. These include the Urban Cultivator, which grows microgreens year-round in Kline Commons; the Teaching Kitchen which provides weekly low carbon Meal Boxes and recipes for students; Choose Your Menu & Cultural Food Nights at Kline Dining; the Menu Advisory Committee; and various annual Food Days. BardEATS also manages pre- and post-consumer composting on campus in all dining locations and interested dorms, as well as a Food Recovery program where leftover food is brought to a local shelter in Kingston, NY. Check out our BardEATS Instagram, the Bard Office of Sustainability Newsroom, and your email inbox for weekly updates on how to get involved with our programs!

Through our Family Food Share and Wish You Were Here Wednesday programs during fall 2020, BardEATS collected recipes cherished by Bard students, faculty, and staff. Find our recipe book below!